ABOUT THE BUILDING:
Designed by architect Gale Garth Carroll, AIA, the iconic building (cast in place concrete and steel) stands 4 stories tall and is the highest building within several miles. Situated on approximately 3.2 acres at the revitalized corner of Staples/Everhart is located in the geographic center of Corpus Christi. The TWF Partners building has ~ 39,000 sf of rentable office space for medical, professional and legal tenants. 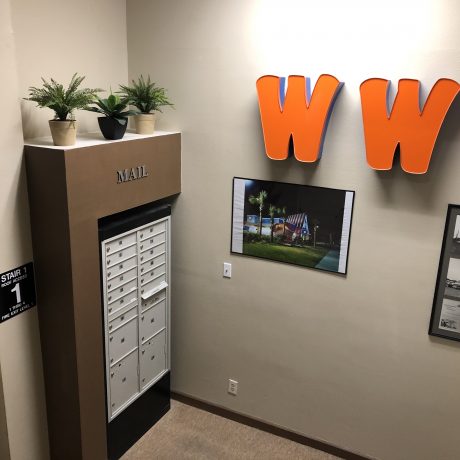 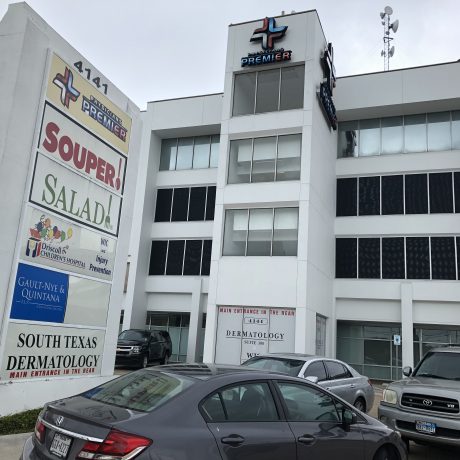 In approximately 1970 Whataburger moved their corporate HQ to this location. With the simple, white façade and distinctive, elegant appearance the building is a true landmark in Corpus Christi. During the years Whataburger was headquartered in the building the company grew tremendously into a national fast food chain. In 2001, Whataburger was designated a Texas Treasure by the Texas Legislature and they moved to San Antonio in 2009.

With ~39,000 sf of rentable commercial office space the TWF Partners Building has medical, professional and legal tenants on their roster of excellence. The building is located in the Parkdale Midtown neighborhood of Corpus Christi with easy access to Downtown, the Southside and Flour Bluff.

Once composed of dilapidated asphalt and vacant lots the property has been developed into and vibrant, thriving attractive location with xeriscaping landscaped that is well maintained and has ~188 parking spaces to handle any kind of tenant function